Please note that minor changes may be made. If you have questions or concerns about the program, please get in touch.

Please note that due to the distance of OIST from Okinawa’s major airport (a 1.5 hr drive) we suggest arriving in Okinawa September 25 or earlier.

A reception to welcome guests to Okinawa and foster communication and networking will take place on the evening of September 26. We hope you will be able to attend. Moon Beach Hotel is the reception venue.

An optional tour of the Okinawa OTEC Demonstration Facility and related deep seawater industries has been organized on Kumejima. Transportation on Kumejima between hotel and tour sites will be provided. Hotel and Airfare should be booked separately. Registration for the coordinated "hotel pack" has closed.

We suggest booking directly through JAL at http://www.jal.co.jp/en/?city=TYO. If you require assistance in booking a hotel on Kumejima please let us know.

Current destinations for the tour include:

Topic: Strategy for the Next Stage of Worldwide OTEC Development

Luis Vega holds degrees in Applied Mathematics, Aerospace Engineering and Applied Ocean Sciences from the US Naval Academy, CALTECH and the University of California. His professional experience ranges from analytical studies to laboratory scale and model basin tests as well as at-sea tests of marine renewable energy equipment. He lead the team that designed and tested two Ocean Thermal Energy Conversion (OTEC) experimental plants (210 kW OC-OTEC and 50 kW CC-OTEC) demonstrating 24/7 production of electricity and desalinated-water and obtaining operational data required for estimating realistic costs of production. He has also worked in electrification of remote villages in South Pacific Island Nations utilizing solar and wind resources and establishing a Rural Energy Service Company in the nation of Fiji.

Previously, he managed the Hawaii National Marine Renewable Energy Center (HINMREC) at the Hawaii Natural Energy Institute (HNEI) of the University of Hawaii. HINMREC supports the US Navy at the Wave Energy Test Site located at Marine Corps Base Hawaii (MCBH) in facilitating the development and implementation of commercial wave energy systems. Another objective of HINMREC is to assist the private sector move ocean thermal energy conversion (OTEC) systems beyond proof-of-concept to pre-commercialization (http://hinmrec.hnei.hawaii.edu/)

Topic: The Status and Potential of Deep Ocean Water Use

**This event has been cancelled (by organizer Okianwa Prefecture) due to Typhoon 1824.** Under the Memorandum of Understanding signed by the Japanese Ministry of Economy Trade and Industry, the United States Department of Energy, Okinawa Prefecture, and the State of Hawai’i, to develop and deploy clean and renewable energies as the “Hawaii Okinawa Clean Energy Cooperation” in June 2010, there have been multiple activities focusing on the possibility of cooperative projects relating to the introduction of clean energy. One of the projects in accordance with this partnership is the ocean energy symposium, held annually since 2010. Click for details. 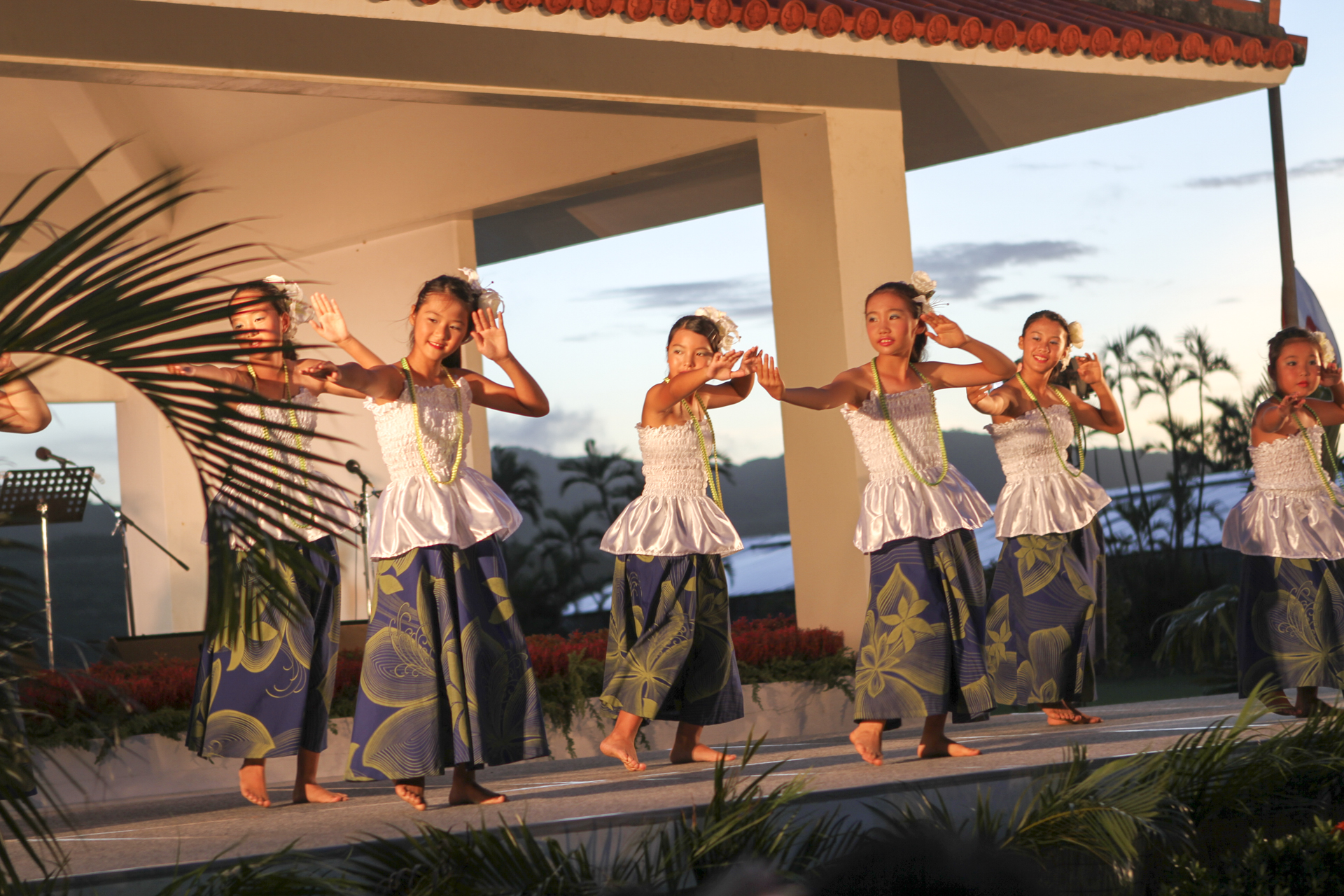 **This event has been cancelled due to Typhoon 1824.**The annual Kumejima Hawaiian Festival takes place every year at two of Kumejima's three resort hotels. The evenings are inspired by Hawaii with food, Hula, and more. More information at www.kume-hawaiian.com/ 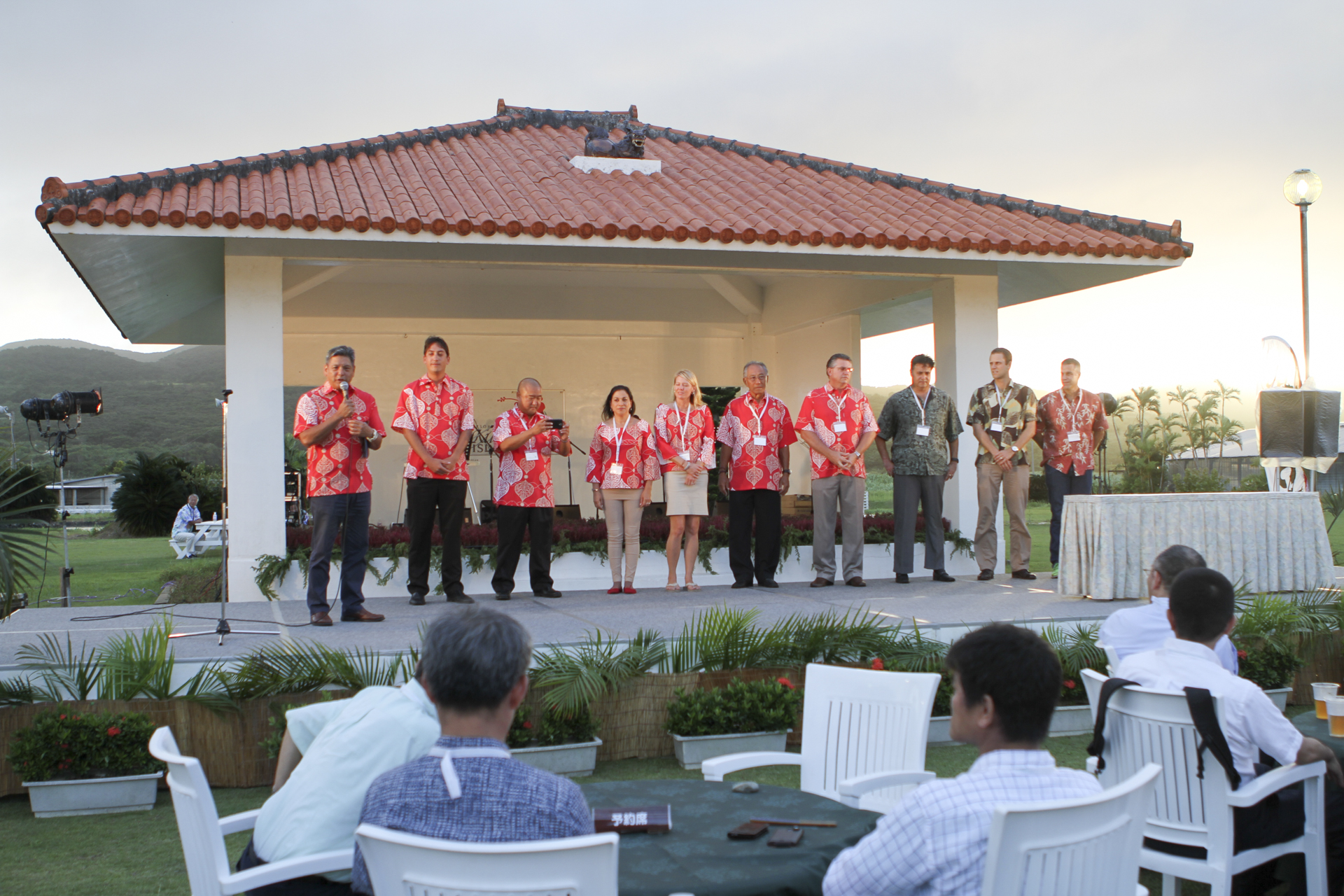 The Symposium was successfuly concluded. Thank you for your participation and cooperation.

Some photos are now available in the archive.

Thank you to our GOLD Sponsor Xenesys Inc. and Silver Sponsors Sakae Steel Pipe and Tube, and Uniroot.